Trajectories are a practical tool for describing the motion of any particle. Symplectic integrators additionally ensures preservation of the Hamiltonian, which allows for qualitatively accurate long-term depiction of the trajectories. A long-time trajectory simulation of the Swinging Atwood's machine is shown below: 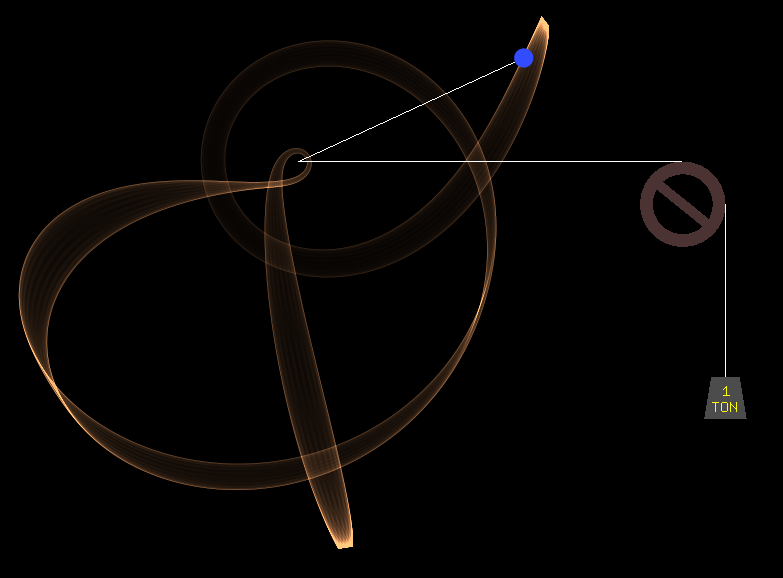 While not being an ideal method for depicting chaos, trajectories may reveal chaotic behavior and irregular orbits found in some system under certain initial conditions. For instance consider two pendulum-carts with springs, differing only by 0.1 radiens of the pendulum angle initial condition: 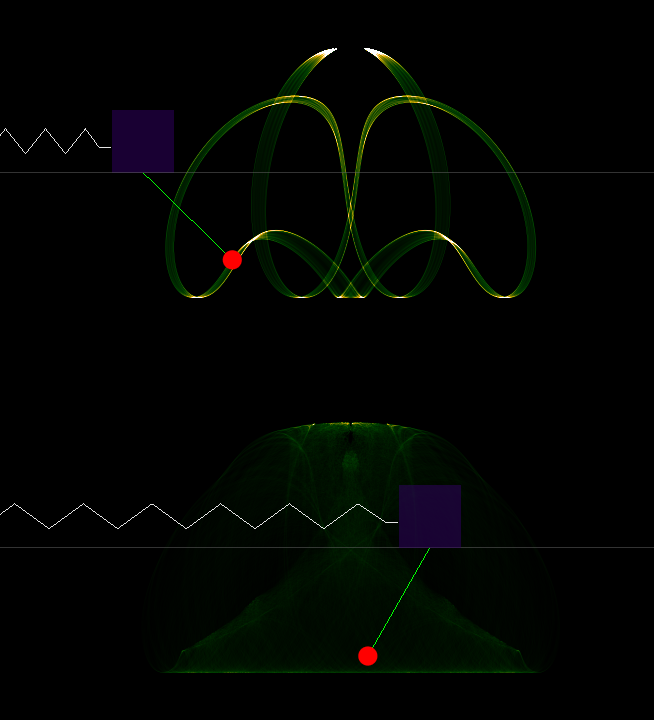 These systems are along with others simulated in the video:

Zymplectic supports default object tracking (enabled with "track" in GUI or "Z.track = 1" in initialization) If trajectory coordinates need to be calculated, for instance converting angle-action variables to Cartesian coordinates, it is necessary to utilize auxiliar functions such as Z.OnIter to achieve this.